Birthday and Grand Opening for the Donnelly Pub Group this January 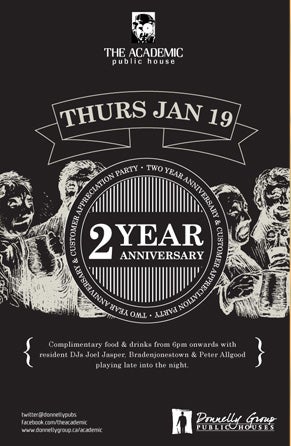 Enjoy complimentary drinks and canapés from 6pm on, with DJ Relly Rels playing everything from indie rock to vintage soul. 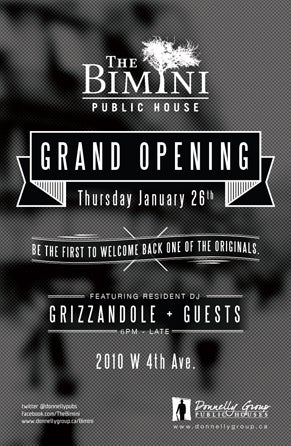 A night everyone in Kitsilano has been waiting for……The Grand Opening of The Bimini!
Welcome back one of the originals. After a devastating fire, four years and an amazing renovation, The Bimini has finally reopened.

The Donnelly Group invites everyone to come and reminisce on old memories and create new ones on Thursday January 26th, their official return to the West Side.